MDMA Assisted Therapy: On the Fast Track to Approval 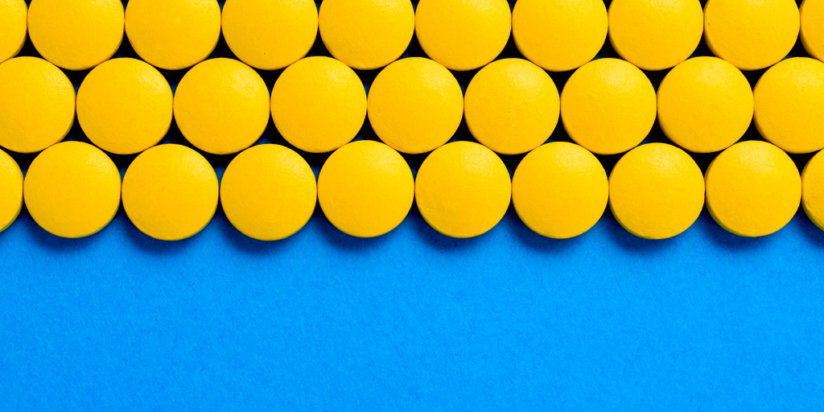 Through the years MDMA assisted therapy has been, and still is, a controversial approach to treating post-traumatic stress disorder. Considering that MDMA is classified as a Schedule 1 drug, many experts are somewhat reluctant to use this substance for therapeutic purposes.

But things are about to take a turn for the better as recent studies suggest that this substance might be a valuable treatment option for post-traumatic stress disorder (PTSD) and other psychological conditions. Because of its proven efficacy, experts are now saying that it may be on the fast track to becoming an approved treatment option for mental health issues.

So, how exactly does MDMA work and why is it useful for treating post-traumatic stress disorder?

MDMA Assisted Therapy: What is it?

MDMA assisted therapy is built along the lines of “traditional” therapy, but with the added benefits of MDMA’s psychoactive properties. This substance enhances the overall positive effects of therapy, which creates the ideal context for healing.

MDMA is short for methylenedioxymethamphetamine, a psychoactive substance that’s part of the amphetamine-type family of stimulants. The most common form of MDMA is Ecstasy which is also known as X, Molly, Adam, or Beans. It comes in tablet form and anyone who has experience using it should be familiar with its energizing effects that remove mental barriers and inhibitions.

MDMA was originally synthesized in 1914 by a pharmaceutical company named Merck. During the 70s, Ecstasy was used in therapy settings to help people “open up” more easily, but its use soon came to a halt after several animal studies indicated that it produced brain lesions in mice.

Recent studies, however, might possibly tear down the myth that Ecstasy is a dangerous substance that you should avoid at all costs.

On a psychological level, Ecstasy generates a state of euphoria. It also enhances empathy, reduces anxiety, boosts sex drive, and helps you “open up” about your personal struggles. That’s why some mental health professionals believe that MDMA could have highly beneficial therapeutic effects. However, some unpleasant side effects have been reported and these include nausea, restlessness, vague hallucinations, sleep disturbances, irritability, blurred vision, and high blood pressure.

Post-traumatic stress disorder (PTSD) is a condition that could occur after we experience an event that we perceive as traumatic, shocking or dangerous. This could include anything from being involved in a car accident to dealing with the death of a loved one.

People who’ve been through a traumatic event often experience both physiological and psychological symptoms that can drastically reduce the quality of their life.

Some of the most common symptoms that people suffering from PTSD may experience are:

Generally speaking, if these symptoms last for more than one month, then you’re probably dealing with PTSD.

When it comes to treating PTSD patients, mental health professionals often use psychotherapy or psychiatric medication as treatment options. In certain situations, they may also choose to use a mix of both of these treatments.

While these approaches are relatively effective in alleviating the symptoms of post-traumatic stress, certain downsides have prompted clinicians to look for alternative options. It’s a known fact that psychiatric medications can have all sorts of unpleasant side effects and psychotherapy doesn’t always guarantee an in-depth exploration of the primary cause of a deeply-rooted issue.

Perhaps MDMA assisted therapy can provide an alternative approach that eliminates the unpleasant side effects of medications while helping patients to gain a deeper understanding of the trauma that has triggered their PTSD.

On a global scale, the World Health Organization estimates that roughly 3.6% of the total population has suffered from post-traumatic stress disorder at some point.

If we take a closer look at the traumatic events that trigger PTSD, we can identify the four most common ones. These include:

As for the efficacy of gold standard approaches like cognitive behavioral therapy (CBT) or eye movement desensitization and reprocessing (EMDR), some studies report non-response rates as high as 50%.

Based on these worrying numbers, it is obvious that researchers and mental health professionals should focus on experimenting with all treatment options for post-traumatic stress disorder.

The Role of MDMA Assisted Therapy in the Treatment of PTSD

MDMA assisted therapy for post-traumatic stress disorder (PTSD) is an intriguing topic for discussion. But how does it work exactly and what does the evidence say?

How Does it Work?

MDMA assisted therapy isn’t that different from “traditional” forms of psychotherapy in the sense that the use of MDMA only forms a small part of the therapeutic process.

By increasing empathy, nurturing openness, and facilitating a deeper understanding of yourself, MDMA can significantly boost the overall positive effects of your therapy process. People who use this substance for therapeutic proposes tend to achieve progress faster and they may find it easier to uncover valuable insights about themselves.

Some people say they use Ecstasy because it reduces their inhibitions and it generates a wonderful sense of calm in them. MDMA can also increase your attention, boost your energy levels, and help you to experience feelings of pleasure with greater ease.

In light of these positive effects, some experts believe that this substance can be extremely useful in therapeutic settings. According to a 2018 study, published in the Journal of Contemporary Psychotherapy, MDMA seems to be a safe and effective adjunct to psychotherapy.

Considering that MDMA can have some pretty unpleasant side effects, people tend to be cautious about using it for therapeutic purposes.

But, what many people may be unaware of is that these side effects usually result from taking too much MDMA or they may happen as a result of the various unknown substances that can be found in Ecstasy.

In its pure form (taken in the correct dosages), MDMA can be a viable adjunct to psychotherapy. It can help to facilitate positive outcomes for people who are struggling with PTSD or other types of mood disorders.

After decades of research, MDMA assisted therapy is finally close to winning its place among the validated, FDA-approved treatments for PTSD. According to the Multidisciplinary Association for Psychedelic Studies (MAPS), there’s a good chance that by 2021, we will be able to buy MDMA with a legal prescription.

A recent study, published in The Lancet Psychiatry, revealed that MDMA assisted therapy shows promising results in the treatment of PTSD. As long as it’s used in moderate doses (75 mg and 125 mg) and under the supervision of a licensed professional, MDMA might just be the next breakthrough in the field of mental health.

As soon as Phase 2 of the validation process comes to an end, MDMA assisted therapy will enter Phase 3 which consists of clinical trials. So far, it looks like this controversial therapeutic approach is on its way to receiving approval from the Food and Drug Administration.

Which Other Concerns is MDMA Assisted Therapy Good For?

Considering that MDMA can boost empathy and tear down inhibitions, the therapeutic implications could extend far beyond PTSD. Even though researchers are still looking into the therapeutic potential of MDMA, this substance may also prove to be useful for treating problems like depression and anxiety disorders as well.

Furthermore, some believe that it could be used for self-exploration and personal growth, as long as the process takes place in a controlled setting and under the supervision of a licensed professional. What Happens in an MDMA Assisted Therapy Session?

Unlike other forms of psychotherapy, MDMA assisted therapy involves using a moderate dose of MDMA to facilitate empathy and help you to “open up” more easily.

Therapists who use this approach receive extensive training in order to take full advantage of the positive effects of MDMA while ensuring their clients of a safe and controlled environment.

Furthermore, instead of rigidly following a strict set of goals, they employ a client-centered approach and focus extensively on the client’s emotional processes. In a way, we could argue that practitioners of MDMA assisted therapy take on the role of guides, rather than providers of solutions and helpful techniques.

Considering the fact that MDMA is classified as a Schedule 1 drug, both experts and people like you and I are somewhat hesitant when it comes to using this substance as a therapeutic adjunct.

Furthermore, since it hasn’t received approval by the FDA (yet), some clinicians believe that using MDMA in therapeutic settings might pose certain risks.

Clinical vs Recreational Use

Just because MDMA is close to receiving approval from the Food and Drug Administration, doesn’t mean you should start popping Ecstasy like M&M’s. Let’s not forget that we’re dealing with a synthetic amphetamine-type stimulant that could have potentially harmful effects on your body and mind.

Unlike recreational use, clinical use involves a controlled setting where you can use this substance under the careful supervision of a trained professional. Furthermore, if you take MDMA (perhaps in the form of Ecstasy) for recreational purposes, there’s always a chance that you could ingest a much too large, harmful dose.

Long story short, the only way in which you can benefit from the positive effects of MDMA (without putting your health at risk) is by consulting a professional who specializes in MDMA assisted therapy.

The Multidisciplinary Association of Psychedelic Studies (MAPS) is a non-profit organization that was established in 1986. It aims to raise awareness of psychedelic substances and to highlight their beneficial role in improving mental health. Thanks to their efforts, MDMA assisted therapy is now closer to becoming a validated approach in the treatment of PTSD.

Who knows? Maybe in the near future, mental health professionals will start using this substance to treat other mental disorders as well. MDMA assisted therapy is on the fast track to possibly becoming a revolutionary treatment for various mental health issues!