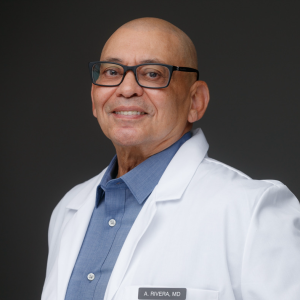 How to Get Started With OCD Treatment

Obsessive-compulsive disorder is a common chronic mental disorder, which is characterized by intrusive, obsessive thoughts, as well as compulsive acts in response to such imagined thoughts. While many people with OCD respond to medications and behavior therapy, a few persons may be resistant to these and require more intensive treatment options.

Obsessive-Compulsive Disorder (OCD) is a common chronic psychological disorder characterized by the presence of distressing, intrusive obsessive thoughts and repetitive compulsive mental or physical acts. OCD varies widely in severity and while many individuals experience mild to moderate symptoms, some experience very severe presentations, which may be distressing.

OCD is characterized by serious obsessive thoughts and compulsive acts. Common of these obsessions include:

Common compulsive actions which individuals with OCD experience as a response to the obsessions include:

The hallmark feature of OCD is that the individual experiences persistent and recurrent thoughts and urges which are unwanted and intrusive, causing significant distress and anxiety. Also, the individual attempts to ignore or suppress these thoughts and impulses or to replace them with other thoughts, and this further increases the distress.

Characteristically, these intrusive obsessions and the behavioral response of the individual significantly disturbs their daily routine and impairs their normal functioning at school, social settings, and in the workplace.

Many patients with OCD may also have other concomitant psychological disorders including mood and anxiety disorders, eating disorders, hypochondriasis, attention deficit-hyperactivity disorder, suicidal tendencies and behaviors, impulse control disorders, particularly trichotillomania and kleptomania. Skin features are also common in individuals with OCD and these include; hair loss from compulsive hair pulling, eczematous eruptions which may arise from excessive washing and cleaning of skin, and excoriations resulting from compulsive skin pricking.

The first-line drugs for treating OCD are a class of antidepressants called serotonin reuptake inhibitors, such as Fluoxetine, Sertraline, Citalopram, and Paroxetine. Clomipramine, a tricyclic antidepressant with an ability to inhibit serotonin reuptake is also used to treat OCD. Doctors usually prescribe these drugs for 6 to 10 weeks for an individual to achieve a clinical result. Clinical response typically occurs slowly in the treatment of OCD with these medications, and treatment may be extended beyond this period in some individuals.

In situations where the individual does not show any clinical improvement after completing a treatment course, certain treatment-resistance strategies may be initiated. These strategies include increasing the dose of the medication and adding another antidepressant, such as Desipramine, a norepinephrine reuptake inhibitor, or an antipsychotic medication.

Exposure and Response Prevention is the major behavior therapy for OCD. Behavior therapy is an integral part of treatment for OCD and may or may not be combined with drug treatment. Exposure and response prevention involves exposing the patient systemically to the triggers of the obsessions and the compulsive thoughts at increasing intensity. The individual is subsequently asked to try to suppress their habitual response.

For example, for an individual with compulsive urges to wash their hands for fear that they have contracted germs or other contaminants from the objects or people they touched, exposure and response prevention will involve having them touch a public item such as a doorknob, and asking them to avoid washing their hands (their compulsive response) for some time, then for a longer time, till they get used to not washing their hands after exposure to such potent triggers. The process helps the individual unlearn the compulsive behaviors as he or she learns not to respond to the potent trigger. It may be difficult initially, but compliance and persistence assures the individual a better quality of life.

Certain elements of cognitive behavioral therapy (CBT), such as identifying and challenging the intrusive thoughts, are also used in behavior therapy for OCD. Other forms of psychotherapy used for OCD include practicing meditation and relaxation techniques. Intensive Outpatient programs involve individuals attending clinics where they participate in group and one individual session every day, several days in a week. Treatment groups are usually small and do not exceed 10 people who meet in a non-critical and safe environment. During the sessions, members are taught several topics including relapse prevention skills and stages of behavior change.

Patients entered into the partial hospitalization program attend treatment sessions – group and individual therapy – during the day at a mental health hospital. Sessions typically hold from 9 AM – 5AM at least five days in a week. They may also offer half-day, evening, or weekend hours. Partial hospitalization programs offer comprehensive, intensive, and structured mental health services organized at varying levels of intensity and they function as alternative care to inpatient treatment.

Inpatient treatment is the highest level of care for mental health issues. Treatment services are typically provided in an enclosed unit in a mental health hospital with the patient remaining in overnight or for a longer duration. Care may be voluntary or involuntary and patients are usually admitted if they pose a threat to themselves or others around them, or if they can no longer care for themselves.

Inpatient treatment is targeted at stabilizing the patient, then transitioning them to a lower care level. Care services are usually provided for several days to weeks – usually less than 30 days – before the patient is discharged to a lower level of care.

Deep brain stimulation involves placing electrodes in targeted brain regions to stimulate them. The electrodes are connected by wires to pulse generators under the skin, usually placed below the collarbone. The pulse generator contains a battery that generates the electricity and a microchip that regulates the stimulation to help the treating physician determine how much electrical stimulation is delivered to the connected brain area. However, DBS is associated with certain complications including bleeding into the brain and infection transmitted through the devices exposed to the brain tissue.

In February 2009, the United States Food and Drug Administration (FDA) approved the use of Reclaim Deep Brain Stimulation Therapy for the treatment of individuals with chronic, severe OCD.

The device contains a wire coil which conducts electricity in pulses – hence the name repetitive – to stimulate brain cells. Transcranial magnetic stimulation functions on the principle that the activity levels of brain cells produce the symptoms of mental health disorders, including OCD. Reports have found that repetitive TMS may be useful in reducing other psychological illnesses which present with OCD, thereby increasing the patient’s quality of life.

Generally, transcranial magnetic stimulation is safe to use, however, patients may note several complications such as headaches, drowsiness, and in severe cases, seizures after undergoing TMS.

Gamma Knife surgery is a type of ablative brain surgery in which a small portion of the brain involved in the disease process for a neurological or psychological illness is removed using powerful radiation. Gamma knife is a device that emits strong gamma radiation beams into specific brain regions containing brain cells involved in obsessive-compulsive disorder. These beams of radiation subsequently, sparing the healthy brain tissue.

Obsessive-compulsive disorder is a chronic psychological illness characterized by recurrent obsessive, intrusive thoughts, with compulsive mental or physical acts in response to such thoughts. Treatment of OCD mainly involves the use of medications (antidepressants) and Exposure and Response Prevention (ERP), a type of cognitive behavior therapy. However, in severe and recalcitrant cases, more intense strategies may be initiated, and as a last resort, neurosurgical procedures including gamma knife surgery and deep brain stimulation are recommended.